We are all feeling the pain of months of uncertainty in the world. Decisions made by our leaders are creating a dramatic divide between friends, family and the nation. There’s a collective anxiety and depression hanging in the air. Many people are at risk for developing full-blown addictions as they self-medicate using their substance of choice during these difficult times. The unpredictability and day-by-day changes are stressful for even the most balanced individuals, so brain health must be supported now more than ever!

I’d like to share a simple, yet astonishing case study to demonstrate how quickly one woman’s negative coping skills reversed by using targeted amino acids to rebalance the neurotransmitter systems in her brain that were causing mental health symptoms and cravings.

Erin B (name and some other details changed) came to me in late July 2020, a 42-year old Mom of 3, with Pandemic-induced escalated drinking and sugar consumption, worry, anxiety, fatigue and depression. She had considered herself a moderate drinker prior to COVID, but beginning in March with the amplified “Mommy wine” culture and “Zoom Happy Hours” the way her friends were choosing to connect, she knew she was headed for a fall. She’d always taken care of her health and been careful to mind her drinks, no more than 1 drink every other night, and 2-3 on weekends. She has a history of alcoholism in her family and this vigilance has served her well over the years.

Beginning in April, with Shelter-in-Place orders, she found herself eyeing the wine earlier and earlier in the day. Then she lost her part time job that gave her a sense of responsibility other than being Mom to her 3 children under 10 years old. Money was tight, so bottled wine moved to boxed wine. Boxed wine, she noted, “was a new low, on so many levels. Now you can’t see how much is left. I stopped putting it in a wine glass and started putting it in a coffee mug or plastic cup, so my kids couldn’t see what I was drinking”. Then she realized the wine smell was noticeable, after her husband made a comment, so she switched to vodka and soda.  She was next enticed by the hard seltzer trend, as “vodka made me drunk too quickly”, so moved to that as a nightly habit where she would completely lose track of how many she consumed. One night, she drank a whole 12 pack! “It goes down so easily”.  She could see it escalating and wanted to get off that elevator, quickly! But by early July, she still couldn’t see a way out. From April to July, she had been “white knuckling” and trying to control her drinking by setting firm rules, the rules that used to serve her well. But it wasn’t working anymore. (If you’re reading this you may already know, alcoholism is a progressive and deadly disease and it always gets worse, never better.)

Like many Moms, she felt a lot of shame around how her urges to drink had escalated. She imagined her friends easily navigating the refrigerator and avoiding drinking, thinking she was the only one who now had this “problem”. Thankfully, she was honest and open about what was happening and was able to seek help for the biochemical piece (nutrition and amino acid therapy) of her developing addiction.

She was not on any pharmaceuticals OR supplements, nor did she have any underlying conditions that would possibly prevent the amino acids from taking effect quickly. (Many clients have adrenal fatigue, hypothyroidism, impaired gut health and more).

She was trying Intermittent Fasting to lose the COVID weight, but it was making her shaky and irritable*

*Note: I NEVER recommend Intermittent Fasting for anyone trying to quit alcohol. Reactive Hypoglycemia is a very real phenomenon and it will “take people out” (of recovery), regardless of their best intentions and program, due to the prefrontal cortex (front brain) going OFFLINE and the reptilian brain taking over. (“I want what I want, and I want it NOW”). Reactive hypoglycemia occurs when glucose is consumed, (white flour or sugar, simple carbs) and blood sugar levels spike, then fall dramatically, causing a surge of adrenaline which feels like a craving. All willpower and access to logic is lost! To combat this condition, people struggling with substance abuse (including sugar, of course!) must eat protein every 3-4 hours.

For each of the aminos, I have my clients complete a detailed trialing chart, where they indicate the starting dose and how they feel after 20 min. They continue to incrementally dose until they arrive at the amount that gives them a positive effect.

Complete resolution of cravings and symptoms! She’s going to finish out the bottles and see if her symptoms come back. If they do, she will resume dosing as needed!

ALL of Erin’s symptoms were resolved within the month! In her words: “I have ZERO CRAVINGS. I can’t believe it was as simple as taking supplements and eating protein!  “My anxiety seems to be an eternity ago. I can’t believe how I was living my life .. the constant battle of “will I or won’t I (drink), how much will I drink, how will I hide my drinking, how will I get more”, and on and on. Not to mention digging into the sugar if I was trying to avoid alcohol. The obsession is lifted! My focus is back, I feel present and dialed in with my kids. Thank you SO MUCH for giving me back my life!”

She’s almost at 30 days completely alcohol free and is loving the freedom from the obsession!

60 Quick & Easy Real Food Recipes for you to enjoy! 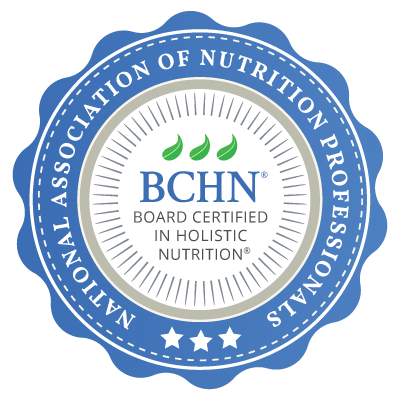